The RAF base at Biggin Hill, south-east of London, played a central part in the Battle of Britain. Part of 11 Group, it was responsible for protecting the south-east of England and guarding the approaches to the capital.
An exterior view of St George’s, the chapel at RAF Biggin Hill. A Supermarine Spitfire and a Hawker Hurricane stand guard outside. (IWM RAF-T 6209

Breaking News: Biggin HIll AIrport it seems have agreed to make up the shortfall to preserve the St George’s Chapel at Biggen Hill

What an insult to The Few: MoD abandons iconic memorial dedicated to Battle of Britain aces… to save a paltry £50,000

By MARK NICOL DEFENCE CORRESPONDENT FOR THE MAIL ON SUNDAY

With its magnificent stained-glass windows, it stands as a fitting memorial to the Battle of Britain pilots who gave their lives to save the nation from Nazi invasion.

But The Mail on Sunday can reveal that the ornately furnished chapel Sir Winston Churchill insisted should remain a ‘permanent’ shrine to the glorious Few is to be closed down and boarded up.

Defying the wartime leader’s express wishes, defence chiefs have decreed that the £50,000- a-year cost of running St George’s Chapel of Remembrance is an ‘inappropriate’ use of resources. 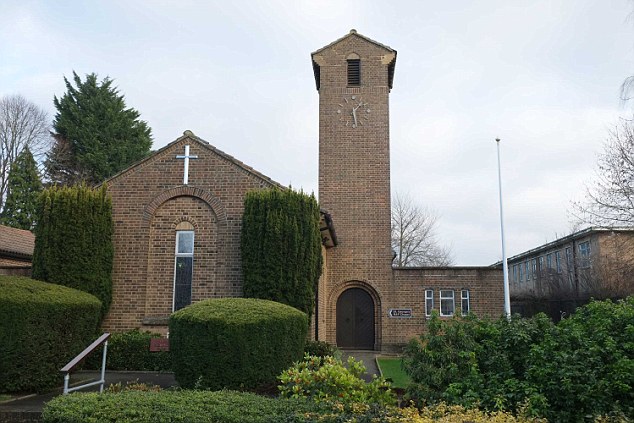 St George’s Chapel, pictured,  is at the former RAF station at Biggin Hill in Kent, is threatened with closure 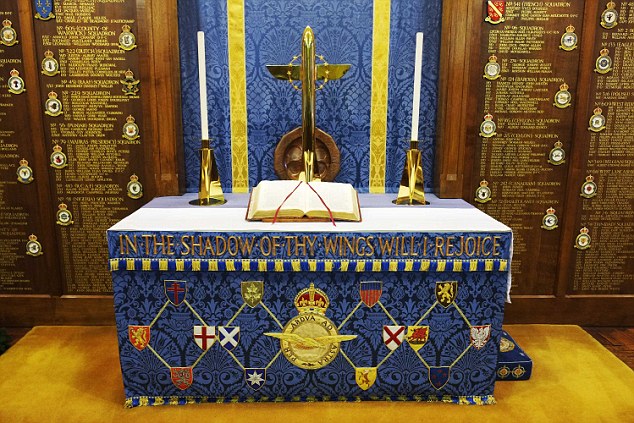 The names of the 544 men who died during the Battle of Britain are inscribed inside the chapel, pictured 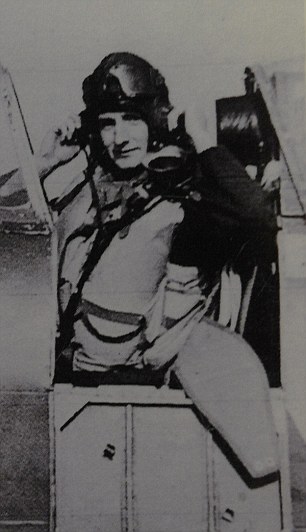 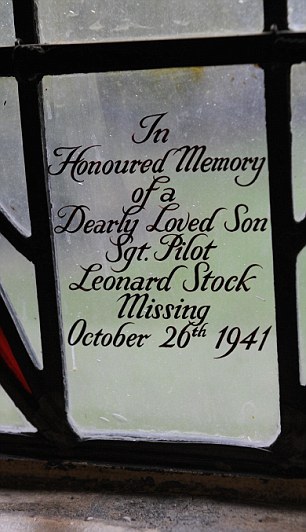 New 50ps being made to mark the 75th anniversary of the BoB. Click the picture for the video. 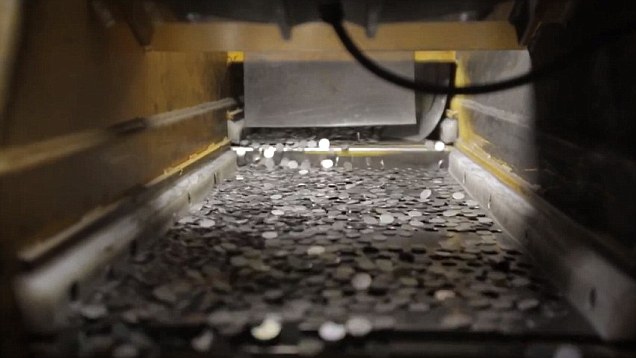 The decision was described last night as ‘a sickening insult’ to the memory of the 544 airmen killed in the pivotal battle, arguably the most important ever fought by Britain.

St George’s stands on the site of the former RAF station at Biggin Hill, Kent, from where Spitfire and Hurricane pilots took off in 1940 to repel Hitler’s Luftwaffe.

The decision was described last night as ‘a sickening insult’ to the memory of the 544 airmen killed in the pivotal battle, arguably the most important ever fought by Britain.

St George’s stands on the site of the former RAF station at Biggin Hill, Kent, from where Spitfire and Hurricane pilots took off in 1940 to repel Hitler’s Luftwaffe.

Inside, the names of those who died in the battle are inscribed on a roll of honour. It is these men and others who survived who inspired one of Churchill most famous speeches: ‘Never in the field of human conflict was so much owed by so many to so few.’

The chapel is expected to attract 25,000 visitors this year, the 75th anniversary of the Battle of Britain, but is scheduled to close in 2016 unless a benefactor can be found. 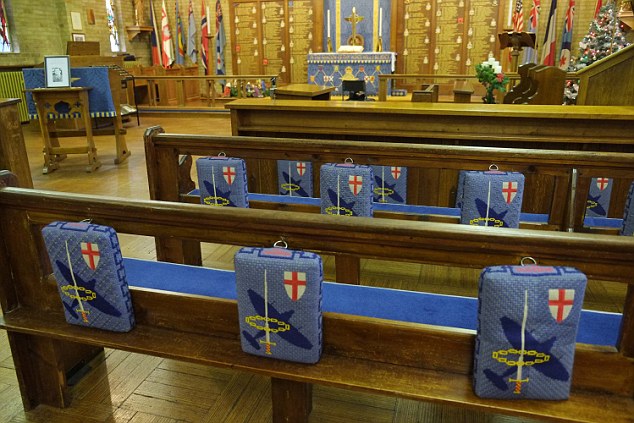 It is expected that 25,000 people will visit the chapel this year on the 75th anniversary of the Battle of Britain

Defence Minister Anna Soubry said it ‘no longer provides support to an operational RAF station and as the number of serving RAF personnel using the chapel is very low, continued support to the chapel would be an inappropriate use of defence resources. My officials… have met with the local chaplaincy council to discuss the closure of the site’.

Yet critics of the decision argue that thousands of people visit the chapel each year. Along with regular weekly services, commemorative services are held on Battle of Britain Sunday and Remembrance Sunday.

More than 5,500 people have signed a petition on a Government website against the closure of St George’s.

Sir Winston took a personal interest in the fundraising drive that led to the chapel being built, and wrote to those who made donations, making clear his intention that St George’s should stand as a ‘permanent shrine of remembrance’ to those who gave their lives, adding: ‘We live to hold their reward inviolate and unfading.’

Battle of Britain veteran Tom Neill, 94, described the closure as ‘shameful’ and ‘a sickening insult to those who flew and lost their lives’.

Mr Neill, a retired Wing Commander, said: ‘The chapel is a priceless heirloom and it is being got rid of by sleight of hand. For these politicians and civil servants, this is just a stroke of a pen for them.

‘They should remember the significance of the Battle of Britain. We show such contempt for the sacrifice of our veterans and our history.’

An online petition has been set up to urge the Ministry of Defence not to abandon its support of the chapel, which has already attracted more than 6,300 supporters. Add your voice here.

St George’s was built to replace a military chapel which was destroyed by fire in 1946. It was previously threatened in 1989 when the MoD closed Biggin Hill as an operational base, but was granted a reprieve because of its ‘historical importance’.

Oak panels either side of the altar carry the names of hundreds of aircrew who died during the war and badges of 52 RAF squadrons which served at Biggin Hill.

The wooden floor is made from propeller blades from wartime aircraft, while some windows are dedicated to individual pilots who were based at the site. Chapel custodian Laurie Chester said: ‘There is so much history here. Given the sacrifices made in the war, I’ve considered it a privilege to look after the place.’

A Ministry of Defence spokesman said: ‘In order to ensure that the defence budget is spent in the most appropriate way the MOD will look to relinquish ownership of St George’s Chapel by March 2016. However, given its importance, we are exploring options that will ensure the heritage of the chapel is preserved.’

Stuck with your essay? Get essay writing help online. It's easy to do my math problem with the help from trusted assignment writing company. Thesis Helper is the best site to get perfect written dissertations